In 1828 the Parish of Trinity Episcopal Church was founded.  The first church edifice was erected and consecrated in 1833 and was home to a one-manual, hand-blown organ by Henry Erben of New York.  This first church building and the organ were destroyed in the great fire of 1849.

The second church building was erected in 1850-51 and housed a two-manual tracker organ, the work of E. & G.G. Hook of Boston, Mass.  This was their Opus No. 114, contained 20 stops, and was given to the parish by Edmund Quincy Sewall, organist & choirmaster at that time.

In 1889 the cornerstone of the third, and present, church building was laid, and the church was consecrated in 1890.  The E. & G.G. Hook organ was moved from the old church to the new church and it continued to serve until 1898, when a new three-manual organ by Johnson & Son of Westfield, Mass., was installed and first was used on Easter Sunday 1898.  This instrument contained 30 stops and served Trinity Church until 1924.

In 1924, Emma Flower Taylor, daughter of Roswell P. Flower, 30th Governor of New York, presented the parish with a new three-manual organ of 35 ranks and 2,185 pipes built by the Skinner Organ Company of Boston, MA.  At that time, Skinner was perhaps the leading builder of organs in America, and his instruments contained many orchestral and imitative voices. Skinner’s opus 457 at Trinity contained many of these orchestral and imitative voices including the French Horn, English Horn, Flügel Horn, Clarinet, Trombone, Concert Flute, Harp, Celesta, and Chimes.

In all 46 years of its life, the Skinner organ was a model of reliability and required very little service. Minor modifications were made to the stop list in the 1950s, but by the mid-1960s, the console was becoming completely worn out. The organ’s contacts were wearing thin, and its chest pneumatics were on borrowed time.  Therefore, in 1967, plans were made to begin the groundwork for a new organ. The Skinner organ was last used on Easter Sunday 1970. Several of Skinner’s pipe ranks were integrated into the new instrument, but many of the orchestral and imitative voices were considered “out of fashion” by the early 1970s. 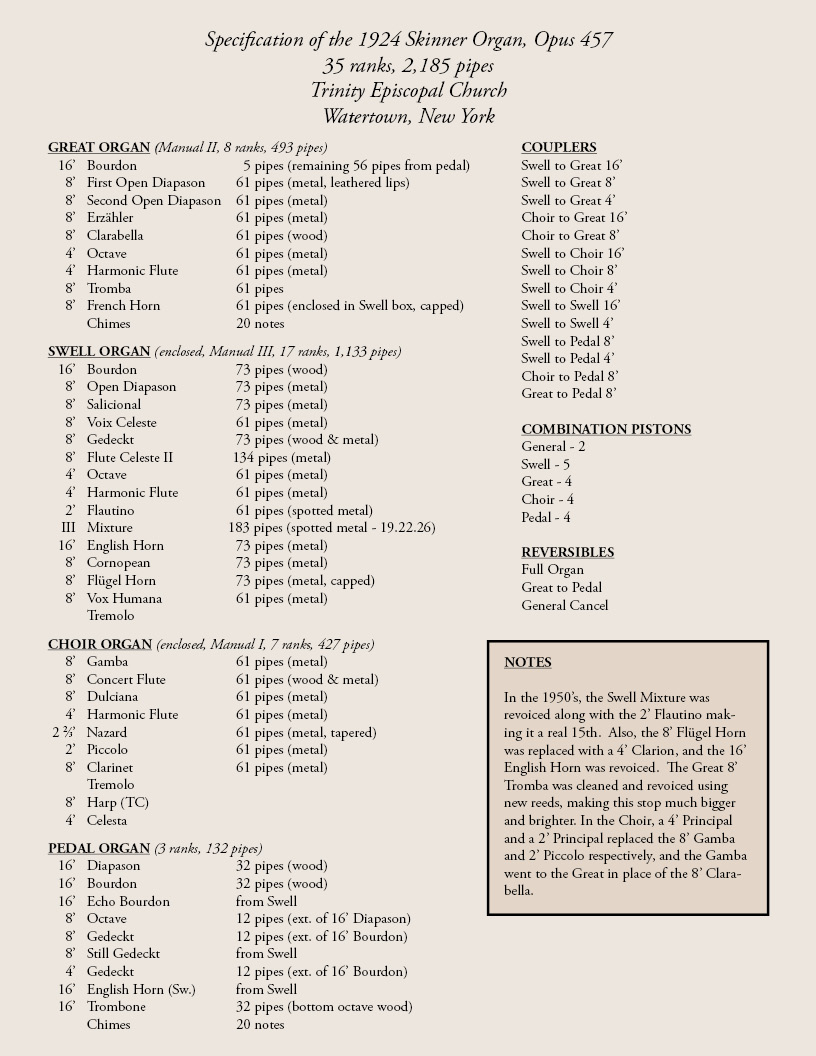 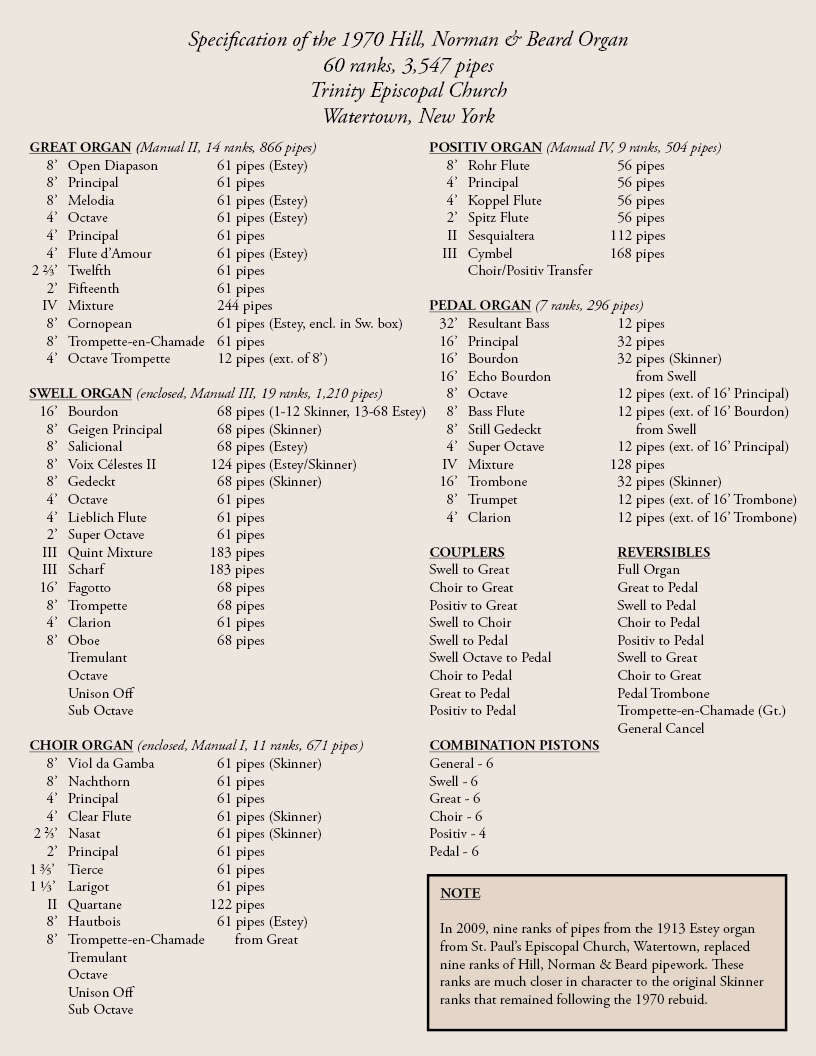 In June 1968 a contract was signed with Hill, Norman & Beard Ltd. of London, England.  Following a survey of the Skinner organ, it was determined that the chests, wind distribution system, and some of the pipework could be utilized in the new organ.  The Hill, Norman & Beard organ was first used on Sept. 13, 1970.

As previously mentioned, ten ranks of Estey pipes from St. Paul’s, Watertown, were incorporated in 2009.  These ranks (plus 12 additional ranks in storage) were acquired following the merger of St. Paul’s with Trinity.

The following list details the full-time organists and choirmasters who have served Trinity Church: